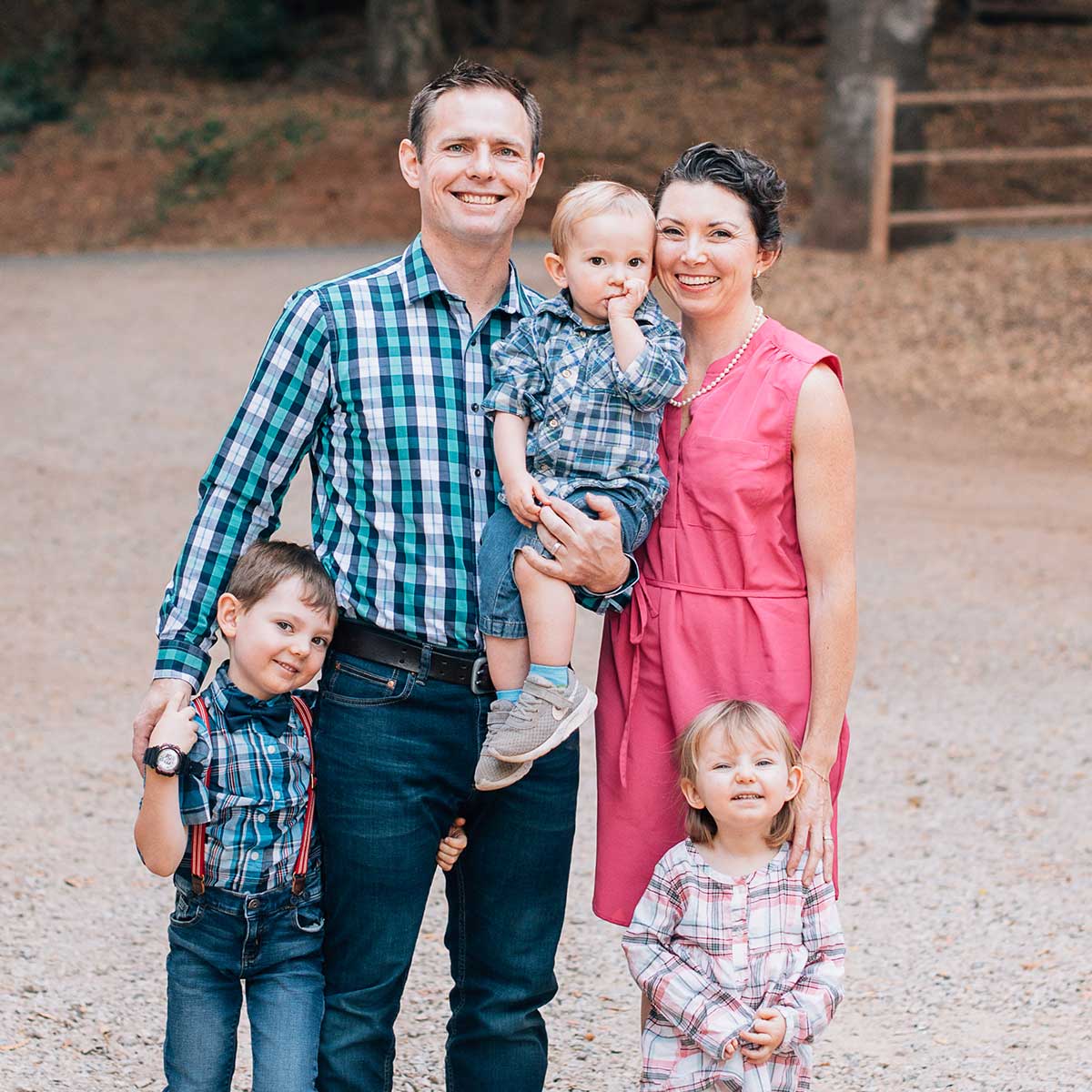 Doctors Ryan and Carolyn McGaughey with their little ones in Atascadero.

We are Dr. Ryan McGaughey, Doctor of Chiropractic, and Dr. Carolyn McGaughey, Naturopathic Doctor, a husband and wife team dedicated to making a difference in the lives of our patients and our community.

Dr. Ryan McGaughey grew up in Atascadero, California, where he excelled as a three-sport high school athlete and earned the prestigious Brian Russell Award. He was recently inducted into the Greyhound Athletic Foundation Hall of Fame in 2019.  After graduating from Atascadero High School, he attended UC Davis earning his Bachelor of Science degree in Kinesiology in 2000.  He continued his education at Palmer West College of Chiropractic earning his Doctorate of Chiropractic (D.C.) in 2004.

Bringing his compassion and drive to all that he does, Dr. Ryan was awarded “Outstanding Senior” at UC Davis, as well as the prestigious “Clinical Excellence” award at Palmer College of Chiropractic for his outstanding clinical knowledge and ability to properly care for patients.

Dr. Ryan worked in two very successful chiropractic offices in Northern California and faced a multitude of cases, from babies, to geriatric patients, to professional athletes. He credits these experiences with giving him the high level of expertise that he brings to his current patient population.

Dr. Carolyn McGaughey also grew up in Atascadero, California, where she excelled in Track and Cross Country. She ultimately competed at UC San Diego and Cal Poly in these sports, earning national honors as a two-time Division III All American.  After graduating from Cal Poly, San Luis Obispo in 2004 with a B.S. in Biological Sciences, she worked as a phlebotomist and phlebotomy trainer at Tri-Counties Blood Bank (United Blood Services) in San Luis Obispo. She credits this experience with nurturing her compassion for helping people, and for developing her skills at providing the highest level of patient comfort and care.

Dr. Carolyn continued her medical education at the National College of Natural Medicine (now called National University of Natural Medicine) in Portland, Oregon, where earned her Naturopathic Doctorate (N.D.) in 2011. During her training she was awarded a prestigious year-long rotation in cardiopulmonary and internal medicine at the Center for Natural Medicine under the mentorship of Dr. Martin Milner, N.D., where she was able to treat a variety of acute and chronic care patients with complaints ranging from anxiety and depression to endocrine disorders, gastrointestinal complaints, and cardiopulmonary disorders, such as COPD, asthma, and coronary artery disease. Additionally, she received training in biotherapeutic drainage, a system of detoxification using homeopathic compounds, under the mentorship of Dr. Dickson Thom, D.D.S, N.D.

Through a world-class medical education grounded in modern science along with trust in the wisdom of nature, the husband-wife team of Doctors Ryan and Carolyn McGaughey are dedicated to making a difference in the lives of our patients and our community.

Happily Ever After: Returning to Atascadero

Upon graduation from NCNM, Dr. Carolyn returned to the Central Coast and as fate would have it, met Dr. Ryan, while studying for her clinical board exam. The two doctors with huge hearts for their patients, natural medicine, and each other soon married, and were blessed with three beautiful children (John, Abigail, and Paul) soon after.

In 2014, Doctors Ryan and Carolyn joined forces and combined their respective medical practices to form McGaughey Health Group. With that, a new paradigm for natural medicine and healing was created on the California Central Coast.


We’re passionate about improving the health and the quality of life of our patients. Schedule an appointment and begin healing today.